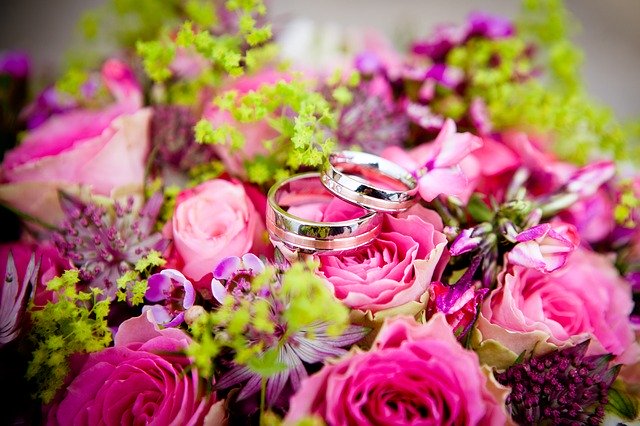 Long, long, ago in a courtroom far, far, away I was a younger lawyer with a very compelling case. My client came to me as a sympathetic woman. She was married to an American G.I. noncom who was a boor.  And a loudmouth drunk. He was a bully, and occasionally violent. Those were his good points. She had been a Filipino national who had met him when he was on leave and she fell in love.  With what, I don’t know, but the heart wants what the heart wants. Or maybe it was a green card. Or maybe I’ve been practicing too long.

They had two small children under five, and my client was the primary caregiver for them. They were her life. If you asked this guy what his son or daughter’s favorite toy was, favorite color, best friend, favorite food, favorite tv show, he wouldn’t be able to tell you. He was self-absorbed and home life was beneath him. Her job was to keep the home fires burning, and his job was to be in the service.  Or a bar. They both met the requisite criteria. Don’t you wonder how people like this find each other? I mean, it’s one thing to be married badly but then to go ahead and have children with someone to whom you are married badly. I don’t get it. I ask the client why and almost exclusively I hear, “….But I love him!”  Yes, I’m always the one that spoils the party and says, “So…. what you love about him?” And just like that I’ve gone and set the house on fire. I have found that people usually don’t want to be interrupted or intruded upon in their dysfunctions. Kinda like a menu… How do you like that drunk? Standing up with a side of fries? And almost exclusively when asked about love the answer is, “I love what he used to be….”or, one of my all-time favorites, “I love how much potential he has.” Pass the trashcan, I think I’m going to puke.

You can say it’s none of my business. But when people pay me, and come into my office regarding divorce, support, and custody, it becomes my business. They are asking me what to do. Now I have a rule. I try not to ever tell anybody what to do. I don’t know what’s right for you. I only know what is right for me. I can tell you how I’ve handled something, and I can tell you what I think, but there is when it gets into the gray area. You’re walking through my door throwing down a pile of Benjamins to get me to fix some major ass problem in your life. That almost always comes with, “What should I do?” So, you see I am getting paid to tell people what to do. Let me tell you what a treat that is when I try to turn it off. I’m telling my dogs what to do and I’m trying to tell my cats what to do. I don’t ever try to tell my husband what to do. That would be suicide. Ms. Bossy Pants comes home from work and tells everybody what to do? No, I don’t think so. That would go over like the Hindenburg.

So back to my downtrodden lady. Often these people find a support group of women whose nature it is to pity and rescue them. I know because I’ve been one of those people. I began mediating scenes like this when I was three years old. It didn’t do any good anyway. So, Team Downtrodden marches into my office with their buddy as my new client.  There are tears the size of Lake Mead. He did this and he did that. You don’t know what a monster he is. This is life and death. You’ve gotta help her. Yeah, yeah, yeah. Oh yeah, and money is always short… Can you take payments?

Was it PT Barnum who said a sucker is born every minute?

I wasn’t always this cynical but it comes with the territory. You just never know the whole story, but you gotta trust your gut. And at some point you just gotta go off the high dive.

Fast forward. We got her divorce filed along with custody and alimony as well as a myriad of nuances. And it was our day to prepare to go to court. Actually, I really liked this client. I got the sense that she was a pretty decent mother. Her children were well behaved and she doted on them. She was long on patience, but perhaps short on judgment. I think it was my grandmother who said, “Before you assume, learn the facts. Before you judge, try to understand why. Before you hurt someone, put yourself in their shoes. Before you speak, think.” I feel a need to add, “Before you kill someone, hire a hitman.” My grandmother had a Ph.D. in math, and in choosing her career she was smart enough to know that at least numbers don’t lie. Oh well, back to the heart wants what the heart wants. Perhaps the right answer would have been sleep with the guy don’t marry him! For sure my grandmother didn’t say that. But my client was a devout Catholic and in her Filipino culture you got married and had children. At least in my culture, if you slept with him more than three times you got married and had children. No wait, that was my mother’s advice. Not good advice. Guilt is powerful thing. Wait, have you met my ex-husband?

When I prepared my clients, I never put words in their mouths.  I felt that to be disingenuous. What I would do is tell them ahead of time the list of questions I would be asking, such as what have you done to support your household? Who does the majority of the childcare? Who maintains the house? How is the money handled? What are your assets? What are your liabilities? Are you incapable of supporting yourself through appropriate employment?  What is your education? Did you work to put your husband through higher education? They will say what they say, the truth is what it is, let it land where it lands. I can always redirect if I hear something crazy because hopefully I know the case well enough to do so.

So, I asked her all these questions and I reminded her that if she had done anything herself that would be considered to be grounds for divorce, she would not get any alimony. For instance, if she decided to regularly beat him with pots and pans, that would be a no go. If she refused to have sex with him, that would be the end of alimony. If she was having an affair, no monthly check. I felt we were ready. Tomorrow was the day.

She came to my office nicely dressed. It’s funny how many people you have to tell that to… not her. I have seen a legion of schmendricks show up for court in dirty jeans and a T-shirt asking for some kind of respect and lenience from a judge. Mind-boggling. An Alice Cooper T-shirt with a possessed dead baby and you want custody? That kind of thing. Or the hosts of young women with expensive weaves, braids, and Cruella Deville length nails, but they cannot pay $15 a week in support and always have two packs of Newport’s in their fake Louis Vuitton speedy bag.  Mama never told me it would be like this back when I was a debutante.

Our case gets called. We were number one on the docket. That was because the three prior cases, all temporary restraining orders secondary to weekend abuse, were no-shows. My guess, they had make-up sex. But we’ll see them again next week. The heart wants what the heart wants. Well, maybe not just the, er, heart.

Counselor, call your witness to the stand. Bailiff, swear her in.

All eyes were on my client. She was barely 5 feet tall and had gorgeous Asian black hair below her waist. She had eyeshadow to match her sweater, but other than that “fashion-don’t,” she was conservatively dressed.

For the sake of lawyer client confidentiality, I will call her Sally Sue and him, Billy Bob.

Sally Sue, you and I have had the opportunity to talk about the requirements to obtain alimony in this court. When we met I told you that we had to systematically go through the criteria in the statute to explain to the court why you should receive alimony. I will begin this list.

Sally Sue, have you ever had an affair?

Have you ever physically harmed your husband?

No, I have not. I have put my hands up to protect my face when he hits me. It hurts.

Who is the primary caregiver for your two children?

Who is the primary financial earner in the family?

Billy Bob is. I have no job…my job is take care of our babies.

What are the respective educations of you and your husband?

I finished eigh grade, and he go technical school for mechanics after high school.

Do you or your husband have any inheritance?

No, I was poor and from Philippines.

How long have you been married?

Sally Sue, were you a good wife and a good homemaker?

Oh yes! Always! I cook, I crean, I give him blow-the-job eppy day!!

You could’ve heard a pin drop. The judge picks up the file and covers his mouth so that we all don’t see him laughing. The stenographer is biting her lip. The tip staff is hanging onto the rail. And I am the one up front in my knit navy double-breasted Armani suit and silk blouse thinking I’m going to fall over dead while hyperventilating, be cool, be cool, God help me, hopefully before I end up in jail for contempt.

Counselor, I think you’ve had quite a day. And, I think your client is going to get a whole lotta alimony.